Someone once asked me, “Why don’t you leave the Catholic Church?” At the time, my only answer was Catholicism was comfortable for me. After all, that’s the church I grew up with. But as a dug deeper I realised it was much more than just sticking to what was comfortable. So here are my three main reasons for not leaving the Church, even with so much scandal surrounding it.

Ask any devout Catholic what they love about the Church and they’ll probably mention this first. If nothing else remains, and the world blows up and robots take over and we’re left with android priests (yikes), I’ll still be Catholic because I believe it’s Jesus Himself, in the flesh, present in the Eucharist. How do I know?

Well first, he said it in John 6. Whoever eats of His flesh and drinks of His blood has eternal life. For a long time, I thought this passage was metaphoric like all the other parables. But then the disciples present when Jesus said this crazy statement didn’t seem to take it so lightly. In fact, they found it so absurd that multitudes of disciples left him. “This is a hard saying,” they retorted, “who can listen to Him?”

Jesus had every opportunity to defend Himself and say “Err, guys. This is actually a metaphor” just like He did multiple times with His other parables. But instead, He turned to his 12 closest friends and asked them – perhaps even challenged them – “Will you also leave?” Imagine if they had left! Jesus bet the entire salvation mission on this one truth. Unless people literally eat His flesh and drink His blood, they would have no life. That must be something…

Then there’s the issue of Eucharistic miracles, where actual flesh and blood was seen to generate from consecrated hosts. Scientists, some believing some unbelieving, to examine the phenomenon and they concluded that there was no way of separating the host from the flesh because they appeared to be one. No wonder why early Christians were considered cannibals and people persecuted them (among other reasons).

For me, the Eucharist is the ultimate miracle that I get to experience at every Mass. It’s the most perfect expression of Jesus’ love for me, that He is willing to give me His very Body and Blood not just on the cross, but for me to literally be one with Him. It’s such a privilege, one that I couldn’t possibly give up for anything, not even the scandals and divisions going on right now.

If you want to learn more about the Eucharist and Real Presence, check out these videos by Fr Mike Schmits on Ascension Presents, and another one by Lizzie Reezay on her YouTube channel. 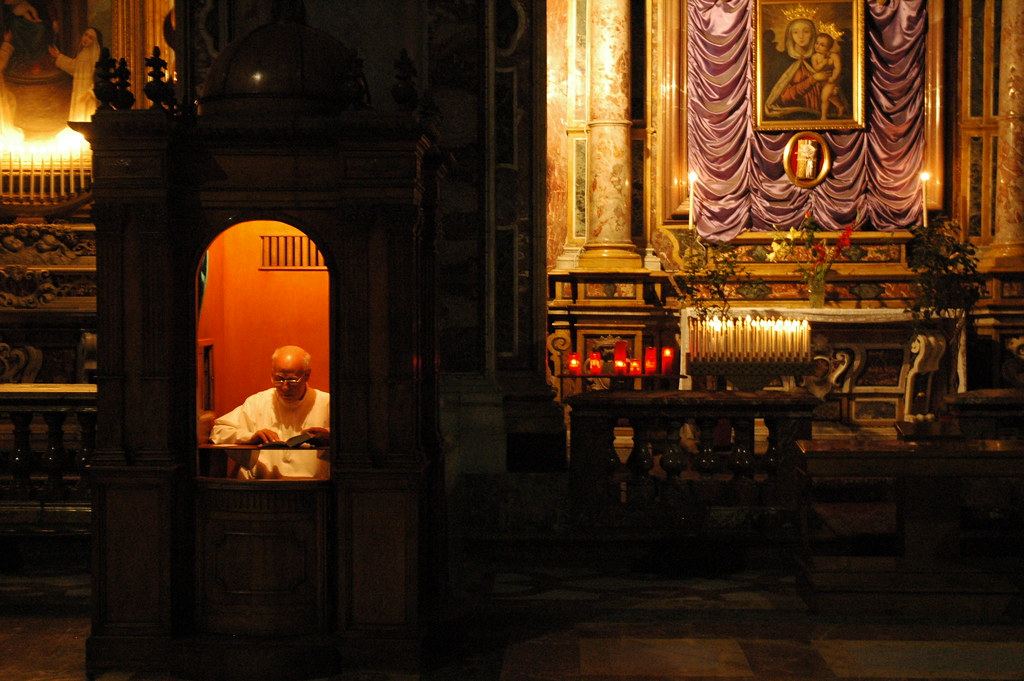 For some Protestants, confession is the very reason why people should leave the Church. One of the arguments raised is that when Jesus died, the curtain in the temple was torn into two as a way of signifying that we now had direct access to God. Therefore, forgiveness is not something we should seek out from our church leaders, but can only be granted by God alone. This is right, of course. There is no question about who holds the power to forgive sins. Only God can do that. But it’s not the full picture…

Confession doesn’t make priests more powerful in forgiving sins. However, Jesus did give His apostles the authority to forgive sins and even to withhold that forgiveness. In John’s gospel, just before Jesus ascends to heaven, He tells his disciples to “receive the Holy Spirit. If you forgive the sins of any, they are forgiven them; if you withhold forgiveness from any, it is withheld” (John 20: 22-23). Because the Catholic Church is an Apostolic church, this authority didn’t die with the first apostles but has been passed down by apostolic succession from one priest to the next right down to the priests we have today.

I love confession because I get to talk to my priest about the things I’m most ashamed of and there is absolutely no judgement. I can’t speak for other people, but whenever I go to confession, I leave feeling much lighter and more loved by God because the conversation I have with the priest is always so helpful and encouraging. Before you ask, yes, I used to be afraid that the priests would go and tell the entire world what my sins were and I would get immensely humiliated, but that has never happened and I’m assured it will never happen. Priests can NEVER talk about the things that are said in the confessional, NEVER EVER. If any priest does that, they are immediately stripped of their collar and can never be a priest again.

Watch this cool video of a Protestant who visits a Catholic Cathedral. Even he admits that confession is something special, and he actually goes on to have confession!

Everybody loves a little controversy, and Mary is one lady shrouded in so much controversy it’s almost too funny (at least for me). Before I continue, let me just set the record straight. Mary is not a deity. She is human, a created being like you and me. As a Catholic, I don’t pray to Mary the same way I pray to God, nor do I worship her because that would be idolatry and I try my hardest to stay away from that sin (although my gadgets tend to become my idols sometimes. Don’t judge me).

She is, however, God’s mother. Yes, God has a mom, and her name is Mary. Unless of course, you think Jesus isn’t God, then that’s a whole other issue I can’t get into right now. Because she is God’s mother, she is also Queen of Heaven. Now we know from the Old Testament that the queen of the land was not the wife of the king, but his mother (Lizzie Reezay explains it quite well). In the same manner, the mother of Jesus is the queen of the Kingdom that Jesus rules over. So it only makes sense for me to put respect on her name.

But Mary, in all her glory and majesty as queen and mother of God, is very loving and has been given to me as a mom by Jesus Himself. I find this really comforting because where my birth mom has limitations, Mary steps in and helps me out. And it’s not by her own power that she does this, her duty is always to point to her Son. Once again, I can’t speak for anyone else, but sometimes in my own prayer life, I just can’t find where Jesus is. He seems so distant and I get so lost just trying to find Him. Then I ask Mary to point me to where He is (mostly through the rosary), and she has never failed me.

I read or heard (I can never be sure sometimes) something that struck me deep in my belly not too long ago. Logically, the opposite of the devil is not Jesus, because Jesus is God and so was never created the same way the devil is a creature. Instead, the opposite of the devil is Mary. Where the devil succumbed to the evilest pride, Mary embraced the most perfect humility. Where the devil rebelled against God, Mary completely obeyed God. It’s for this reason that Mary is very instrumental in Catholic exorcisms, the devil admits he just can’t stand her, and in fact, fears her.

Read this article from Catholic Answers on why Mary is more powerful than the devil, and another one on why the devil hates Mary.

If you’re Catholic and you’re reading this, please let me know what you like about the Church, or what frustrates you (because the Church is frustrating at times). If, however, you’re not Catholic and you’ve read through this, thank you so much. We may not agree on any of these reasons, but I’m just happy you’ve even taken the time to read through this article. If you’ve got questions, put them down in the comment section and I’ll answer them to the best of my ability (I’m no theologian so my answer might be “I don’t know”).